Back in 2017, this fairly small company Purism launched a crowdfunding on their own crowdfunding platform for their future phone known as Librem 5. I went back and forth a bit, I thought through some of the history about the company and decided that I thought they may deliver some day. At least I wanted to support the effort to make a modern Linux that could fill the hole that the demise of the Nokia N900 with no worthy device following up.

Some of the early history of Purism, if I recall correctly is that they ran a crowdfunding for their first laptops, it got delayed, it had quality issues but as far as I understood it, most of these issues were worked out and I had at one point a chance to have hands on experiences with one of their laptops for a bit and it wasn't bad.

A phone is a quite different beast to build than a laptop when it comes to hardware compared to a laptop.

I never expected them to fulfill their shipment date promise. It's a hardware crowdfunding – there will be delays. To be honest, I was never sure that they would deliver anything at all. This belief was getting stronger and stronger with time.

One thing they did during the wait that I thought was weird was to hire Bryan Lunduke which in the past have been controversial within the Linux media space, but as of recently been fairly quiet or well behaved. At least, that guy was hired by Purism. One of the things he did at Purism was this advertisement for their own Cloud Services called Librem One. Here's a link to the advertisement on YouTube: Librem One: We Don't Look At Your Junk. This video is not really in good taste.

Last Monday I got an email that they did ship it out (after actually confirming the postal address some weeks before). It's now Friday and I actually have the device right here by my side, faster delivery than expected, but that's thanks to DHL rather than Purism. Purism had a delay of 1466 days between the confirmation email from the crowdfunding and the shipment notification.

Here I'll go through my first impressions from spending the evening playing around with the device.

The box is super nice and neat. It has the Purism logo on the front side, says Librem 5 on the bottom and top of the box, it's a nice black box with white text. On the back of the box it clarifies that the box is recyclable, FCC, CE Marking and a clarification of revision of the device Librem 5 Version 1.

Box contents (in order I got the items out):

I find the wall plug to be one of the more clever variants that I've seen for a good while, the main adapter part has the US sticks that can be folded out, but if I don't fold it out I can mount the EU or the UK plug on it. So it's just two adapter bits rather than three.

The USB-C cable seems to be really nice quality.

The overall device feel is super rigid even though it's quite plastic.

Some observations on the hardware:

So hardware wise, I'm split on what I think. The hardware is super dated by now, it doesn't come close to what one could expect for $599 plus $185 in import taxes and fees.

A fun thing to see was that one gets to see the getty login prompt while waiting for the phosh session to load which seems to run fine on Wayland.

Then I got an initial set up which prompted me to set up keyboard layout and WiFi details among other things.

Some photos of the device in use

Had some problem downloading updates in the GUI application

However, upgrading using apt in the terminal worked fine though 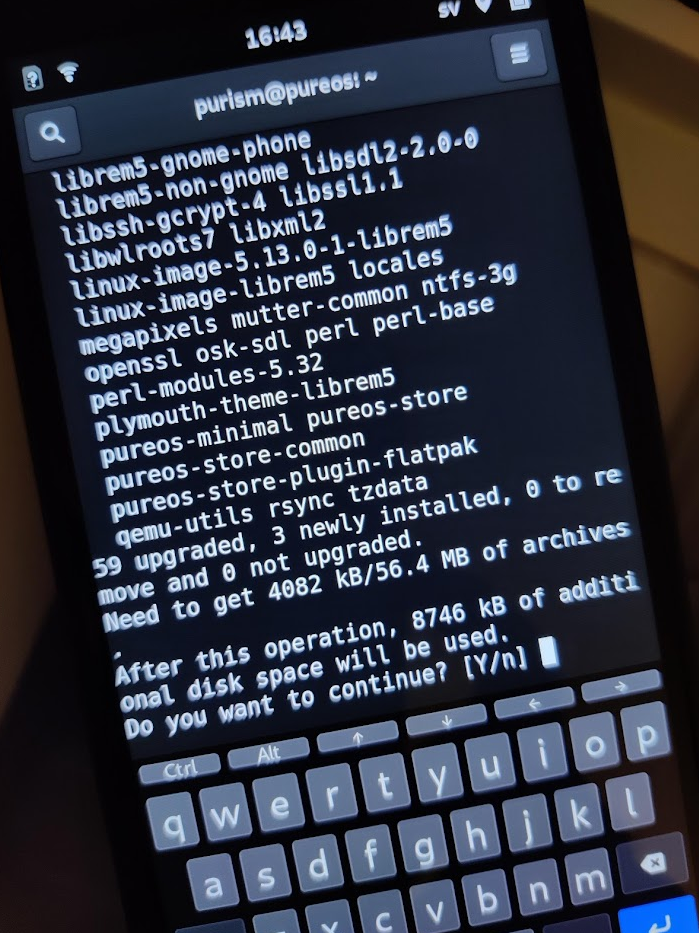 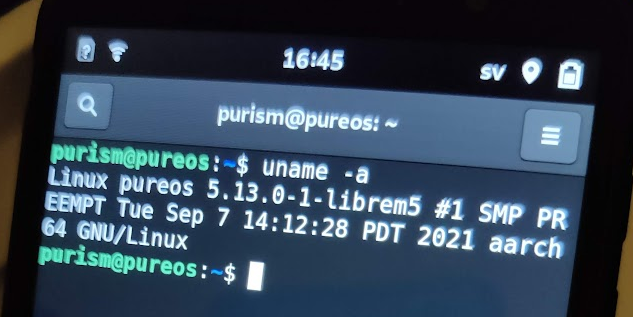 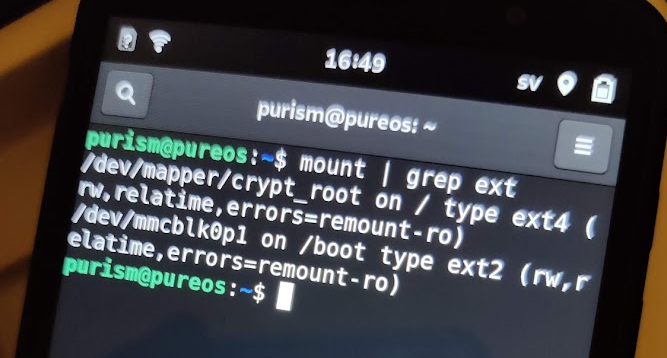 Figure 4: We have a two partition layout with ext2 boot and encrypted ext4 root 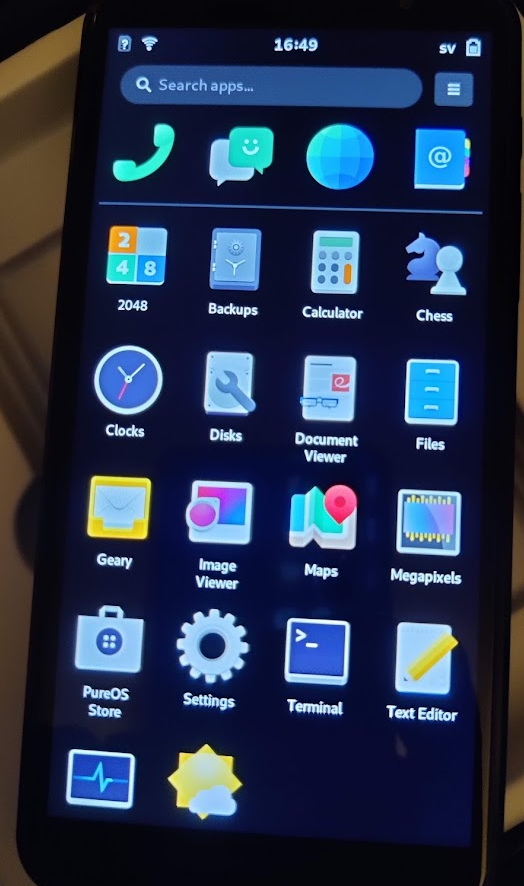 Figure 5: Searchable app drawer seems to be the main workspace 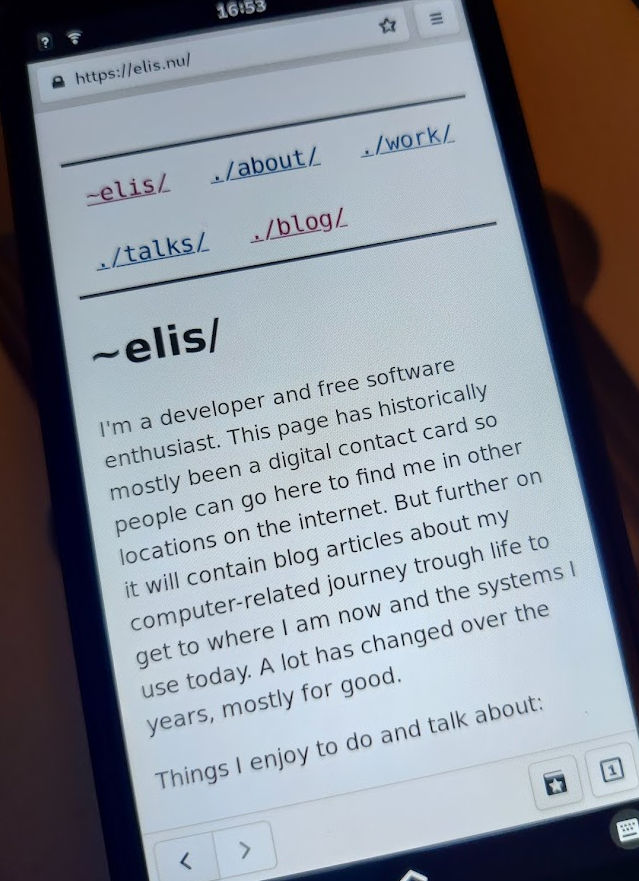 Figure 6: Web browser with my website, defaults to blocking ads and tracking 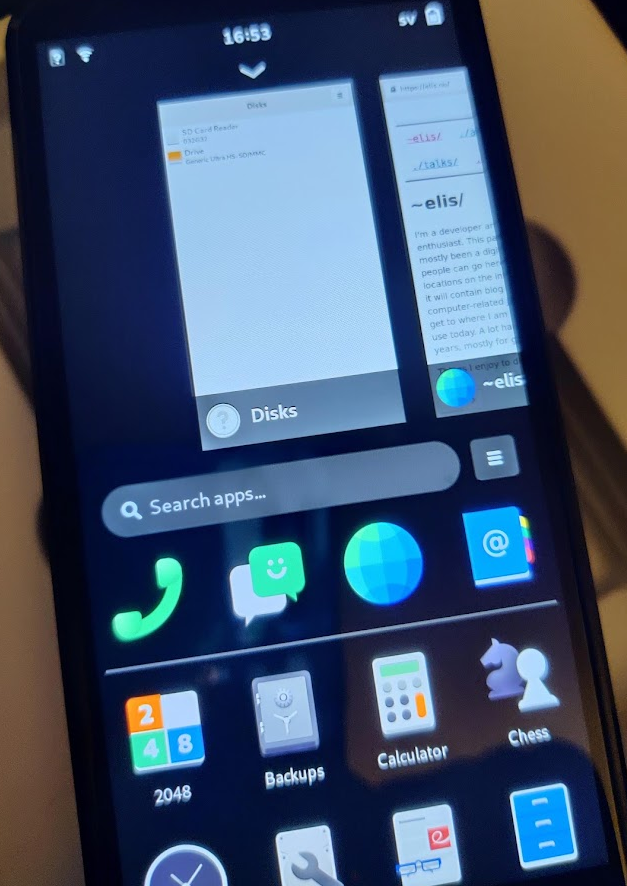 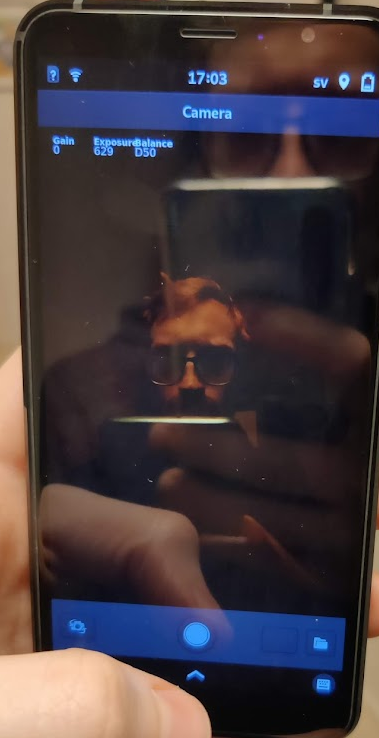 Figure 8: Camera preview before taking a photo is super dark, even in bright light 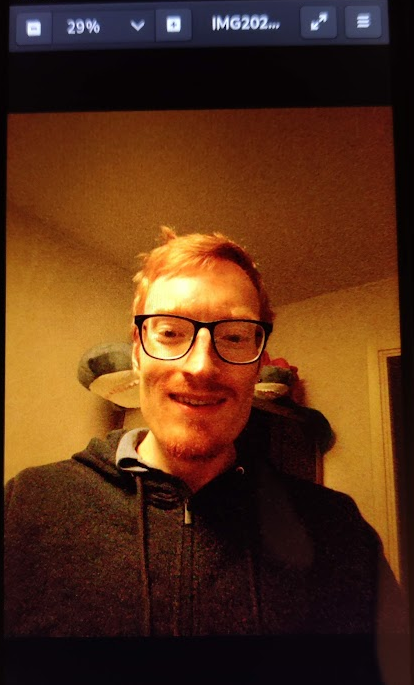 Figure 9: Resulting photo is better than the preview, but nowhere close to what anyone would like to use

Reference in same light and place with my OnePlus Nord 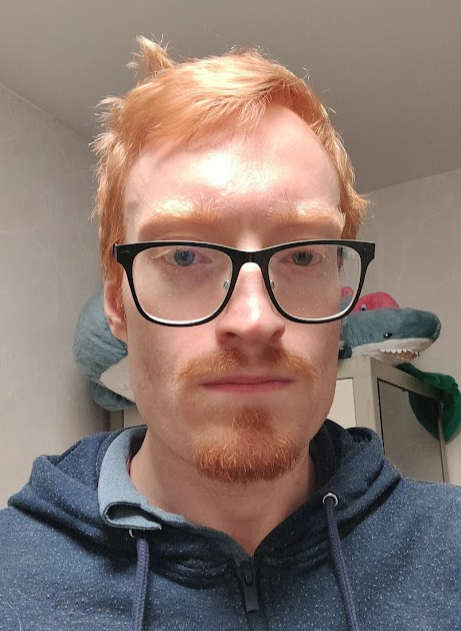 Figure 10: Reference photo in the same light taken with a OnePlus Nord

Swedish Dvorak seems to be… QWERTY 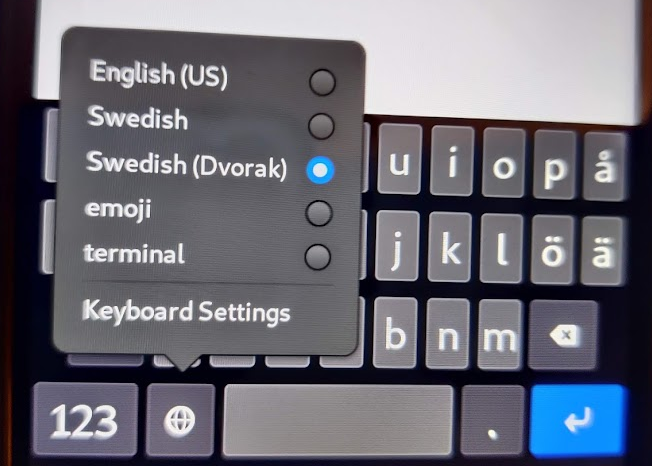 Figure 11: The Swedish Dvorak layout known as Svorak has the same layout as Swedish Qwerty

The emoji keyboard is split up in pages and is mostly randomly organized which makes it hard to navigate. One can probably learn which page your favorite emoji is. 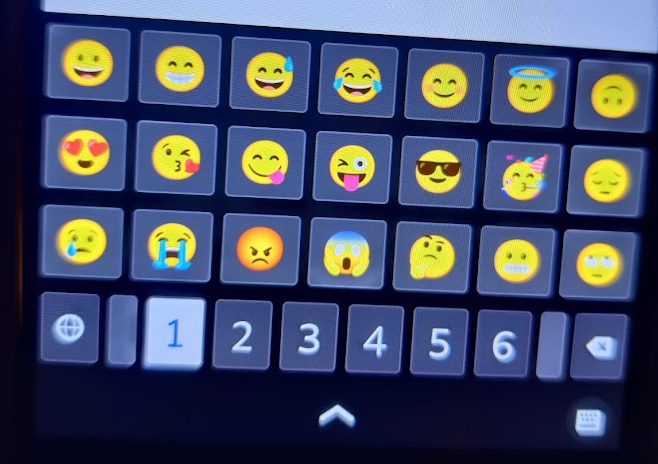 Figure 12: Emoji Keyboard with numeric paginations to find other emojis

The XMPP client seems to fail on encryption in non encrypted chats to other people, in chat rooms it seems fine: 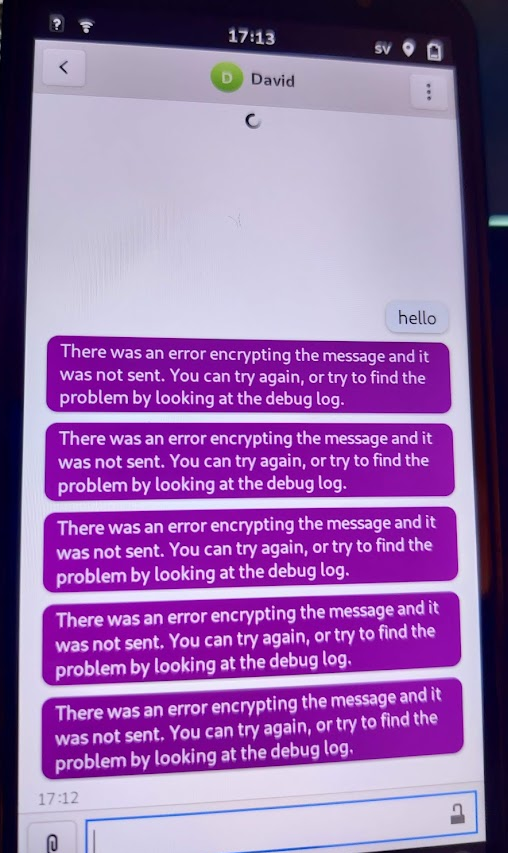 Apparently this phone thinks it's a laptop 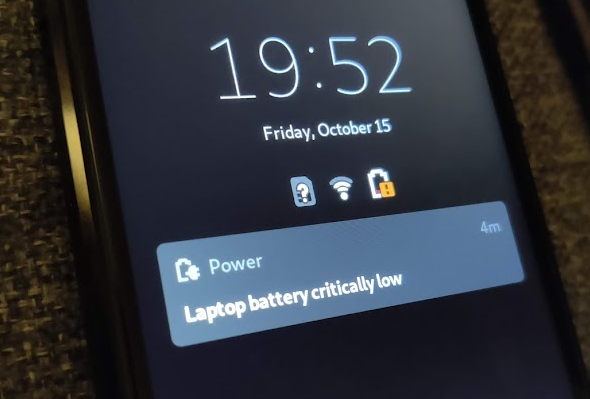 Figure 14: Notification regarding critically low battery saying that the "Laptop" battery is low

Part of me quite like the interface, but it's fairly slow. Scroll performance isn't great, and I only tested on my own website which it didn't load any javascript on… So it should be a fairly lightweight website and still wasn't great.

The camera though, the camera is horrendous. I've never seen such a bad camera in my entire life. This includes some of the 0.3 megapixel webcams that existed around 2006.

They… have a lot to work on to get this to a usable state.